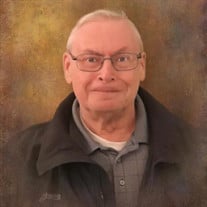 William Richard Benjamin, 74, of White Plains, MD, died on September 10, 2021 at Calvert Health Medical Center, Prince Frederick, MD. William was born on September 22, 1946 in Torrington, CT to the late Grace Anne (Sarog) and William Henry Benjamin. William was a pharmacist having earned his Bachelors of Science Degree from Northeastern University, class of 1969. He was a parishioner at St. Joseph’s Catholic Church, Pomfret, MD and a member of the Knights of Columbus #12128. He was an avid Lionel Trains and stamp collector. William is survived by his wife of 49 years, Joanne Benjamin, father of; William, Carl, Janet, Catherine Sible, Martin, Thomas, and Richard. Also survived by 28 grandchildren, and sister Faye Ferro. Family and Friends will be received on Friday, September 17, 2021 from 10:00AM until time of Mass at 11:00AM at St. Joseph’s Catholic Church, 4590 Saint Joseph’s Way, Pomfret, MD 20675. Interment will follow in the church cemetery. In lieu of flowers please send or request Memorial Masses be said in William’s memory.

The family of William Richard Benjamin created this Life Tributes page to make it easy to share your memories.

Send flowers to the Benjamin family.