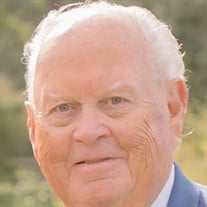 Wayne Aubrey “Posey” Taylor of California, MD passed away on Tuesday, September 14, 2021 at the age of 82 with his family by his side. Wayne was born April 24, 1939 to the late James Aubrey Taylor and Hester Irene Pickeral Taylor in Friendly, MD. Wayne was known by many as Sonny or Posey. He attended school in the Oxon Hill area and graduated from Oxon Hill High School in 1958. In 1962, he joined the Army and was stationed at Fort Benning, Georgia. His Army tour lasted two years and he returned home to Friendly, MD. Upon his return from the armed services, Wayne worked for Olson’s Lumber in Oxon Hill, MD for a short time. He was hired by the Federal Government to work at Blue Plains Wastewater Treatment Facility in Washington, DC. He worked there for 42 years before retiring. Wayne married the love of his life, Catherine Avelena Smith Taylor, at Bell’s United Methodist Church on September 25, 1964. They were married nearly 57 years and raised two daughters. Wayne is survived by his wife Catherine and daughter Pamela Ann Miller (Raymond); five grandchildren, Victoria Windsor (John), Ashleigh Martoni, Cynthia Wagner (Michael), Nicholas Martoni (Emma), and Holly Miller. Wayne was preceded in death by his daughter Donna Kay Martoni. Wayne was a devoted husband, father, and grandfather. He loved and adored his family. His grandchildren were his pride and joy. He was so excited for his first great grandchild on the way. He would always let you know how much he loved you. Wayne loved to travel. Earlier years were spent traveling the US with his wife and daughters, often vacationing two or more weeks at a time. Many sites and national landmarks were experienced during those travels. His motto became an old Willie Nelson Song “On the Road Again”. In his later life, he discovered cruising and became hooked. Every summer, he gathered all 5 grandchildren and took them cruising to the Caribbean. He was also an avid Word Search puzzle solver, completing numerous puzzles a day. He always had one in his hand wherever he went. The family will forever remember his kindness, wit, and jokes. He was a wonderful, entertaining man who never failed to make you laugh. A visitation will be held on Tuesday, September 21, 2021 from 10AM until time of service at 12Noon at Raymond Funeral Service, P.A., 5635 Washington Avenue, La Plata, Maryland 20646. Interment will be private.

Wayne Aubrey &#8220;Posey&#8221; Taylor of California, MD passed away on Tuesday, September 14, 2021 at the age of 82 with his family by his side. Wayne was born April 24, 1939 to the late James Aubrey Taylor and Hester Irene Pickeral Taylor... View Obituary & Service Information

The family of Wayne Aubrey Taylor created this Life Tributes page to make it easy to share your memories.

Wayne Aubrey “Posey” Taylor of California, MD passed away on...

Send flowers to the Taylor family.