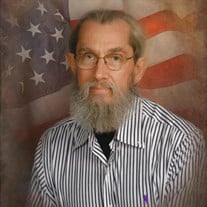 Timothy Edward Boyd, 69, of Charlotte Hall, MD died on April 11, 2022 at MedStar St. Mary’s Hospital, Leonardtown, MD. Timothy was born on November 24, 1952 in Shawnee, KS to the late Rita M. (McCarthy) and Dale Boyd. Timothy served 24 years in the United States Navy as a Corpsman and retired with the rank of Command Master Chief Petty Officer from Patuxent Naval Air Station. He was a decorated career Veteran having served on nuclear submarines and surface ships, and was beloved “doc” to his shipmates. He also excelled in aviation medicine during his career. He had a second career as a renowned PACs administrator and retired from the University of Maryland Charles Regional Medical Center in La Plata, MD. He was heavily involved in the national radiology community, including the American Board of Imaging Informatics (ABII) and the American Registry of Radiographic Technology (ARRT). In his spare time, he enjoyed his Harley-Davidson motorcycles and Corvettes. He was a member of the Harley-Davidson Owners Group. His greatest love was his family, especially his grandchildren. In addition to his parents, he is preceded in death by his wife of 41 years, June Darlene (Faught) Boyd, and brother, Paul Boyd. Timothy is survived by his brothers, Curt Boyd, and Chris Boyd; son, Timothy E. Boyd, II and his wife Kristen; daughter, Shannon D. Boyd and her husband William V.; grandchildren, Rita Haley Boyd, and Wrenley June Boyd. The family will receive guests on Monday, April 18, 2022 from 6:00 PM – 8:00 PM at Raymond Funeral Service, 5635 Washington Avenue, La Plata, MD 20646. A Mass of Christian Burial will be held on Tuesday, April 19, 2022 at 10:00 AM at St. Mary’s – Newport Catholic Church, 11555 St. Mary’s Church Road, Charlotte Hall, MD 20622. Interment will follow in the church cemetery. In lieu of flowers memorial donations in Timothy’s name are asked to, the Wounded Warrior Project, P.O. Box 758517, Topeka, KS 66675.

The family of Timothy Edward Boyd created this Life Tributes page to make it easy to share your memories.

Send flowers to the Boyd family.