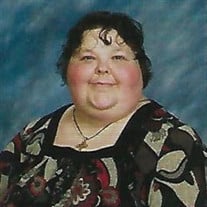 Susan Joyce McDonald age 59 of Accokeek, Maryland died October 26,2020 at George Washington University Hospital in Washington, DC. Susan was the youngest of six children born February 20, 1961. Susan attended the College of Southern Maryland and received an AA degree. She took classes in clowning and became an official clown “Cheerio “. As Cheerio, she brought much love and happiness to sick children in the hospital. Susan worked as an Administrative Officer for the Naval Research Laboratory, Chesapeake Bay Detachment, and as the Administrative Assistant/Office Manager for the Oxon Hill United Methodist Church for almost 20 years. Susan became a single mother upon the sudden death of her husband James after a year and four months of marriage. A role that was to be her life's work, passion, and love. Susan enrolled her son Tim in the Boy Scouts of America for eight years they were very active in Scouts. Susan became Assistant Scout Master and earned many other badges. Susan was a very charitable person always giving of herself and helping others. She is remembered by everyone for her laughter, fun loving spirit and bringing fun to every family gathering. Susan through her work at Oxon Hill United Methodist Church, friendships, other charities touched many lives in a loving, happy, positive way. Susan was preceeded in death by her husband James F. McDonald, her parents Delbert and Rose Oldland, brother Richard Oldland, and sister Debra Ury. She is survived by her Son Timothy Joseph McDonald, Granddaughter Isabella Rose McDonald (Bella), 3 Sisters Paula Hollar (James), Penny Carter (Steven), Anna Parker (Stephen), brother-in-law Joseph Ury (Betsy), 5 nieces Kimberly, Jennifer, Rosemary, Suzanne, and Rachel, 3 nephews James, Delbert, and Charles and 2 great nephews and 8 great nieces. Interment at Resurrection Cemetery in Clinton Maryland. A celebration of life will be held in the spring. Memorial contributions can be made in Susan’s name to Catholic Charities Angel Watch Shelter, P.O.Box 613, Hughesville, MD 20637

The family of Susan Joyce McDonald created this Life Tributes page to make it easy to share your memories.

Send flowers to the McDonald family.