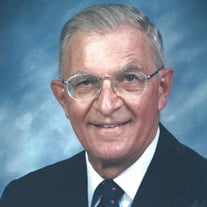 Robert Camille Turgeon, a resident of La Plata, Maryland for 25 years, passed away Thursday, May 5, 2022 surrounded by his family. Robert was 84. Bob, as he was known, was born on June 5, 1937 in Putnam, Connecticut, the son of the late Amedee H. Turgeon and Julia St. Saveur (Turgeon). He graduated from the University of Connecticut with a degree in Mechanical Engineering and then moved to Washington, DC. He worked on Project Blue Book investigating UFOs and on the Apollo program at NASA headquarters where he wrote a technical manual for a spacecraft. He finally settled in as an FMS Program Manager for the Naval Air Systems Command. He received The Meritorious Civilian Service Award from the Department of the Navy, was a member of the Capital Area Austin-Healey club, a member of the senior show troupe at the Richard R. Clark Senior Center, and former member of Architectural Committee for the King’s Grant neighborhood. Robert also served as a former Chairman for the Town of La Plata on the Design Review Board. He loved cars and raced his 1959 “Bugeye” Sprite in the Sports Car Club of America. He was a member of Sacred Heart Catholic Church in LaPlata, MD and a member of the Knights of Columbus. Robert is survived by his wife of almost 57 years, Helen (Yuchnik), son Mark (Christine) Turgeon, daughter Diane (Anthony) Regalbuto, sister Pauline (Robert) LaChance, and 6 Grandchildren Jaimi, Aaron and Samuel Turgeon, Joe, Anna, and Paul Regalbuto. Visitation will be held on May 16, 2022 from 2:00-4:00pm then 6:00-8:00pm at Raymond Funeral Service, 5635 Washington Avenue La Plata, MD 20646. The Funeral Mass will be on May 17, 2022 at 10:30am at Sacred Heart Catholic Church located at 201 Saint Mary’s Ave, La Plata, MD 20646. Interment will take place at Sacred Heart Cemetery. The family asks in lieu of flowers to please make a memorial contribution in Robert’s name to St. Jude’s Children Research Hospital.

Robert Camille Turgeon, a resident of La Plata, Maryland for 25 years, passed away Thursday, May 5, 2022 surrounded by his family. Robert was 84. Bob, as he was known, was born on June 5, 1937 in Putnam, Connecticut, the son of the late Amedee... View Obituary & Service Information

The family of Robert Camille Turgeon created this Life Tributes page to make it easy to share your memories.

Robert Camille Turgeon, a resident of La Plata, Maryland for...

Send flowers to the Turgeon family.