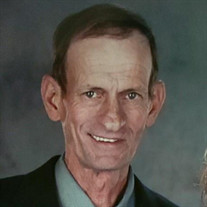 Robert “Bob” Miller, of La Plata, MD passed away peacefully at his home surrounded by his daughters on August 21, 2021, at the age of 70. Born February 9, 1951 in Washington, D.C., he was son of the late John T. and Erma G. Miller. He grew up in Clinton, MD on his family farm and later graduated from Surrattsville High School. He went on to work for Pepsi Cola for 42 years before retiring. Bob was a hardworking man who took care of his family. He deeply loved his daughters, his family and friends. In his spare time, he loved fishing, crabbing, gardening, woodworking, and helping his family on the farm. He had a kind soul, never saw a stranger, was a man of little words but known for his long, entertaining stories. He had an infectious personality and all who met him, loved him. He is survived by his daughters, Nancy Miller (Mike), Melissa Rowe (Mike), Carolyn DeSantis (Steve), and their mother Martha Miller Jarman; brother, John Miller, Jr.; and sisters, Irma Boucher (Roger), and Deborah Afzall (Al). He is also survived by seven grandchildren, Christina, Mikey, Austin, Garrett, Hailey, Carly and Delaney; one great-granddaughter, Kylie; and a host of loving nieces, nephews and cousins. A Visitation will be held on Monday, August 30, 2021 from 2PM to 4PM and 6PM to 8PM, with prayers at 7PM, at Raymond Funeral Service, P.A., 5635 Washington Avenue, La Plata, Maryland 20646. A Funeral Service will be held on Tuesday, August 31, 2021 at 11AM at Raymond Funeral Service, P.A. Interment to follow at Resurrection Cemetery, 8000 Woodyard Road, Clinton, Maryland 20735.

The family of Robert "Bob" Miller created this Life Tributes page to make it easy to share your memories.