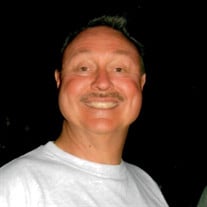 Robert L. “Bobby” Kidwell was unexpectedly called home to the Lord on Wednesday November 10, 2021, at the age of 72. Bob was a devoted and loving husband, father, grandfather, brother, and friend. His love for his family, friends, and his faith in God were beyond measure. Bob was born on January 17, 1949, in Riverdale, MD, to Irving Wright Kidwell and Mary Helen Nutwell. As a young man, he enjoyed his volunteer work for the Charles County Rescue Squad and he was an avid long time volleyball player in the men's league with Charles County Parks and Rec. Bob derived enormous satisfaction and fulfillment through his work and community involvement. He retired as a Central Office Technician at Verizon after 40 years. After he retired, Bob had great love and passion for driving the school bus for Compton Bus Service, where he was held in high esteem by his colleagues and loved by the school children, he took care of daily. The sun, water and boating along the Potomac River, classic cars, motorcycles, good music, and old western movies were some of his utmost joys. Later in life he especially enjoyed walking his dogs with his wife along the lake in Tilghman Park. Bob’s dedication to his family and friends made him a bright ray of light in all of our lives that will never be extinguished. Bob is survived by his loving wife, Cherie Weimert-Kidwell; his daughter Jennifer Kidwell Compton and son-in-law Benji Compton; daughter Dianne Kidwell White; son Alan Kidwell; former spouse Luci Kidwell; step-daughter Holly Vandegrift; step-daughter Abby Vandegrift; sister Diane Howard; 9 grandchildren and 12 great grandchildren; as well as an abundance of very dear and close friends. He is preceded in death by his mother and father and his beloved brother Steve Kidwell. We will all miss his smile and beautiful personality more than words can say. A celebration of life is scheduled for Wednesday, December 1, 2021, at 11:00 am in the sanctuary at Grace Lutheran Church and School, 1200 Charles St, La Plata, MD 20646, where his family will receive friends from 10:00 am until time of service. A repast will follow the service at Port Tobacco Marina, 7536 Shirley Blvd, Port Tobacco, MD 20677 The family requests those who wish to express sympathy in lieu of flowers to consider making a donation to Grace Lutheran Church and School for the FISH Food Pantry. Bob assisted in the start of the food pantry years ago and would take comfort in knowing that contributions were being made to the community and church that he cherished.

Robert L. &#8220;Bobby&#8221; Kidwell was unexpectedly called home to the Lord on Wednesday November 10, 2021, at the age of 72. Bob was a devoted and loving husband, father, grandfather, brother, and friend. His love for his family, friends,... View Obituary & Service Information

The family of Robert Lee Kidwell created this Life Tributes page to make it easy to share your memories.

Robert L. “Bobby” Kidwell was unexpectedly called home to the...

Send flowers to the Kidwell family.