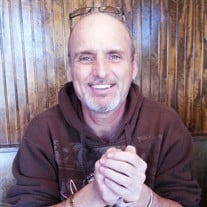 Robert “Rob” William Atkinson Sr. passed away peacefully at home with his family by his side on July 18, 2021. Rob was preceded in death by his parents William “Wink” Atkinson and Katherine “Kitty” Atkinson of Indian Head, MD. Rob is survived by his son, Robert Atkinson Jr. of La Plata, MD and daughters, Jessi Atkinson (Alan Moran) of King George, VA and Ashley Atkinson of Indian Head, MD. Eight grandchildren; Carley, Avery, Jace, Adyn, Brantley, Krew, Blake, and Harper. Sister, Lisa Frum (Kevin) of Indian Head, MD. Nephew, Kevin Frum Jr. and niece, Kayla Holzberger (Karl). Rob worked as a firefighter/paramedic for 26 years for the Federal Government in numerous positions for both the Department of Navy and Department of Army. He worked for Walter Reed Medical Center and Naval Surface Warfare Center. Rob was on duty on September 11, 2001 at Walter Reed and was proud to be part of the call that fateful day. Rob volunteered for several of the counties Fire Departments. He became a life member of the Charles County Mobile Intensive Care Unit in 1991. He was promoted to Chief from 1993 to 1994 and then from 1999 to 2001. In 1993, he received the Robert McCormick ALS Provider of the Year Award. Following his retirement from the Federal Government as Fire Inspector for Walter Reed, he worked for Auto Zone. Continuing to help people every day. When Rob was not working, he enjoyed being outdoors, riding his motorcycle, going to the beach and enjoying a country concert. He always enjoyed time with his kids and grandchildren. His grandchildren were his pride and joy. Memorial Service/visitation with family and friends will be at Raymond Funeral Home on Washington Ave., La Plata, MD on Tuesday, July 27, 2021 from 9:30 a.m. to 11:00 a.m. Prayers to follow. Interment immediately following prayers at Trinity Memorial Gardens, Waldorf, MD. In lieu of flowers, donations can be made to your local Fire Department in honor of Rob.

The family of Robert William Atkinson Sr created this Life Tributes page to make it easy to share your memories.

Send flowers to the Atkinson family.