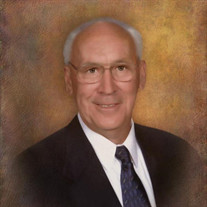 Richard H Estevez, 77 of Waldorf Richard “Dickie” Estevez, was born May 7, 1943 and passed away December 10, 2020 at Charles Regional Medical Center. Dickie married the love of his life Sandy Rollins Estevez on August 25, 1962. Together they raised two children, who gave them four grandchildren. In 1966, Dickie opened Clinton Iron Works with his brother-in-law Alfred Gregory. Then in 1972 opened Universal Metal Products Inc. which included longtime friend, Richard “Dick” Doutt. When not working, he enjoyed spending his free time with his family, friends and at the racetrack, which was the 2nd love of his life. Dickie is fondly known as “Daddy Warbucks.” He was happiest when he had the opportunity to race the “Daddy Warbucks Racecar” a 1965 Ford Falcon among other racecars owned throughout his life. Dickie was inducted into the Hall of Fame at Maryland International Raceway in 2010 and has received numerous other racing awards through the years. Dickie was preceded in death by his wife Sandy, his parents George and Carola Estevez, brother G. Theodore Estevez and brother-in-law Rick Roberts. He is survived by his children, Ricky (Gina) Estevez and Pat (Diana) Estevez and Grandchildren, Maria, Adriana (Michael), Louie, and Patrick Estevez, Jr., nephew Teddy Estevez (Karen) and their two children TJ and Robert. His siblings, William Daniel Estevez (Ellen), Timothy “Tim” Estevez (Lisa), Steven M. Estevez (Lisa), F. Edward Estevez (Vicki), and Lawrence L. Estevez (Mary) and Georgianne Estevez. Due to Covid19 restrictions, there will not be any viewing and the burial will be private. In Lieu of any flowers, the family is requesting any memorial contributions be made to Hospice of Charles County.

The family of Richard "Dickie" Henry Estevez created this Life Tributes page to make it easy to share your memories.

Send flowers to the Estevez family.