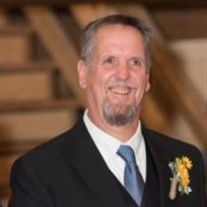 Phil was called home on March 6, 2021 after a battle with pancreatic cancer surrounded by his family. He is preceded in death by his mother, Martha M. Rieman; his father, Carl J. Rieman, and his brother, Carl Rieman. He is survived by his wife, Kimberly Rieman; his son, P. J. Rieman (Sarah); his daughters, Kimberly Duley (Stephen) and Cynthia Frye (Bubby); his son, Justin Rieman; his grandchildren, Brayden Frye and Ryliegh Frye, Alex Duley, Jacob Duley, and Charlotte Rieman; his siblings, Cathy Rickett (Leonard), Vince Rieman (Cheryl), Joanne Benjamin (Benj), Joseph Rieman (Joyce), Marilyn Petrick (Jimmy), Martha Murphy (Bill), Margaret Finnocchiaro (Ricky), Martin Rieman (Cathy), Frank Rieman (Robin), and James Rieman (Nanja). He was a man of many talents, such as building furniture, remodeling kitchens, bathrooms, and many other things. He also was always willing to lend a helping hand to everyone. He always loved the challenge of fixing things that couldn’t be fixed. His biggest love of his life was his wife and children and grandchildren. He loved getting together with family on different occasions – the one he loved the most was our annual Christmas party that was full of family, friends, laughter, and Christmas that lasted 16 years. He was employed by HONU’APO and was loved and respected by many. His very special and close friendship with Kendis Kado was very dear to his heart. Phil was a great, great man that has left behind family, countless friends, and neighbors that became our family. He was greatly loved by many. This has left a huge void in our hearts. But we will be together again someday. So, until we meet again, Phil we love you with all our heart. A visitation will be held on Monday, March 15, 2021 from 9AM until time for Mass at 10AM at Sacred Heart Catholic Church, 201 St. Mary’s Avenue, La Plata, Maryland 20646. Per COVID-19 guidelines, masks are required and social distancing is still in place. Interment to follow at Sacred Heart Church Cemetery. Pallbearers are Justin Rieman, Bubby Frye, Steven Duley, P. J. Rieman, Joe Rieman Jr, Steven Davis. Memorial contributions may be made to Sacred Heart Catholic Church, P. O. Box 1390, La Plata, Maryland 20646.

Phil was called home on March 6, 2021 after a battle with pancreatic cancer surrounded by his family. He is preceded in death by his mother, Martha M. Rieman; his father, Carl J. Rieman, and his brother, Carl Rieman. He is survived by his... View Obituary & Service Information

The family of Philip A. Rieman created this Life Tributes page to make it easy to share your memories.

Phil was called home on March 6, 2021 after a battle with pancreatic...

Send flowers to the Rieman family.