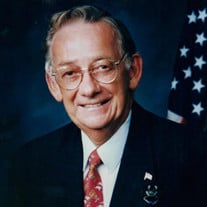 Marland Deen, age 87, of Waldorf, Maryland, passed away on November 9, 2021. Marland was born on November 4, 1934 in Wright City, Oklahoma, son of the late Willie Lee Deen and the late Annie Marie (Scarborough) Deen. Marland graduated from Wright City High School. He then attended Southeastern Oklahoma State University in Durant for one year, before joining the United States Air Force and serving his country from 1954-1958. Upon his honorable discharge from the Air Force, Marland continued his college education at the University of Oklahoma in Norman from 1958-1961. Marland worked his first job at the age of 11 and had various jobs throughout his younger years. Upon leaving the University of Oklahoma in 1961, he began a career as a Sales Manager for Capitol Records in Dallas, Texas and Nashville, Tennessee. He was later the Owner/Operator of McKenny’s (Deen’s Little Store) in Waldorf, Maryland from 1965-1995. Marland also held elected office in Charles County Government, serving as both the President and Vice President of the Board of Commissioners of Charles County, Maryland. Following his time in public service, Marland concluded his working career working for Allied Insurance, Husick Construction, Waldorf Walmart, and Waldorf Ford and Dodge. Marland dedicated his life to helping those in need in Charles County and throughout the State of Maryland. He was an active member of several civic and fraternal organizations and served on the board for many of these organizations, which included the Waldorf Elks, Moose, Jaycees, Kiwanis, the American Legion, Charles County Christmas in April, Physicians Memorial, Charles County Department of Social Services, Southern Maryland Health Systems Agency, Charles County Board of Public Safety and Board of Fire and EMS, Health Partners of Charles County, and the Charles County Habitat for Humanity. In addition to his parents, Marland was preceded in death by his brother, Edward (Billy) Deen; sister, Dorothy Gentry; and his first wife, Rayetta Deen. Marland is survived by his wife of 27 years, Zeta Mae (Hollingsworth) Deen; daughters, DeVonna Ann (Eddie) Dalton of Geismar, Louisiana and DeNae Ambee (Samuel) Babbitt of Crozier, Virginia; and grandchildren, Alejandra and Isaac Babbitt. From his marriage to Zeta, he is also survived by daughters, Lisa Michelle (Thomas) Smith of Middlesex, North Carolina and Mary Ann Phillips of Lanham, Maryland; son, LaRue Phillips of Lanham, Maryland; and grandchildren, Mara and Thomas Smith. He is also survived by his sister, Reba Haynes; brother, Wayne Deen; several nieces and nephews and their families; and a special friend, Adelaide (Ralph) Martin. A Visitation will be held on Wednesday, November 17, 2021 from 3PM until time of Funeral Service, with Air Force Honors, at 5PM at Raymond Funeral Chapel, 5635 Washington Avenue, La Plata, Maryland 20646. All attendees will be required to observe COVID mitigation measures, which include the wearing of a face mask while inside the funeral home. Interment will take place on Wednesday, December 1, 2021 at 11:15 AM at Cheltenham Veterans Cemetery in Cheltenham, Maryland. In lieu of flowers, memorial contributions in Marland’s memory may be made to Hospice of Charles County, 2505 Davis Road, Waldorf, Maryland 20603.

The family of Marland Deen created this Life Tributes page to make it easy to share your memories.

Marland Deen, age 87, of Waldorf, Maryland, passed away on November...

Send flowers to the Deen family.