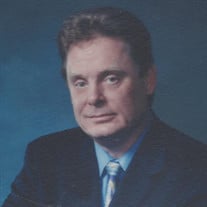 MARK CARTER FIELDS Mark Carter Fields died peacefully at home on Saturday, January 2, 2021, after a lifelong battle with a congenital heart defect. He was born on August 31, 1953 in Danville, Kentucky to Betty Jo (Carter) Fields and Gilbert Earnest Fields. Mark spent his early years at Ramstein Air force Base in Germany, while his father had a long and notable career in the USAF. Shortly thereafter, his father was stationed at Bolling Air force Base here in Washington DC. Once settling here in the DC/Metro area, the Fields family chose to call Clinton, Maryland home. Mark’s father, Gil, was a baseball and football sport’s star in his early days in the Air Force and later a youth coach in both sports. This inspired Mark’s love for and continuous involvement in sports throughout his life and was heart-strong late into his 50’s! Mark attended Surrattsville High School in Clinton, MD, graduating with the class of 1971. He later attended Gardner-Webb University, as well as the University of Maryland in pursuit of a higher education degree in the field of History, which he was quite knowledgeable in and which continued to enjoy being extremely conversant in throughout his life. Mark was a man of the music. He and several of his high school friends formed a band known as the Southern Maryland Band featuring Harvey Hubcap; a local musical sensation that is still remembered today. He was the band manager, as well as the chief sound technician. This allowed him to travel the country, meeting many music sensations that remain famous to this day. Most notably, Mark had pictures to accompany an amusing story about a rather strenuous chess game with Ray Charles (in which he claimed he won), as well as some amazing memories back stage with Ozzy Osbourne, himself. Mark chose to make music his career by working in the sound business, once deciding to retire from the band and start a family. However, parttime in evenings he still enjoyed working sound for an active band, Diamond Alley, who played live at his wedding with Suzanne, in 2001. After years of excelling in the sound business, Mark owned and operated his own design, sales, and Installation Company for commercial sound systems, including the current Washington Football Stadium (Redskins’ Stadium): Fed Ex Field. After retirement from the sound business, Mark joined his wife, Suzanne, in real estate management, from which he retired due to his battle with congestive heart failure (CHF) much too soon. Mark was a devout Redskins Football fan and maintained season tickets, alongside his father, for over 40 years. Mark not only enjoyed many home games, but also traveled with his father to watch his team play whenever he could. Hail to the Redskins! Mark was a kind and gentle man who enjoyed spending time with his family and friends. He loved sports, especially watching his grandchildren play baseball and softball. Even during the pressures of Covid, he and Suzanne were able to watch their grandson Evan play baseball down the street from their home. Supporting his family in all that they did was not only what he chose to do later in life. He and his first wife of 20 years, Debbie Ruby (Chuck) raised their children in Clinton, MD where Mark coached several of his son David’s sports teams, including football and baseball. He also attended more dance shows for his daughter Jenny than he would probably like to admit, even fixing the sound system when there were hiccups on more than one occasion. Once his children were grown, he continued to support his step-daughter Danielle, and even chaperoned her prom when she attended Langley High School. He was the beloved husband, of Suzanne M. Fields, and July 3rd would have been their 20th anniversary, fireworks and all, having been married on the Historical Presidential Yacht Sequoia! Father of Jennifer L. Goddard (Lenny) and David C. Fields; step-father of Danielle C. Lubin (Neil); grandfather of Evan and Hanna; step-grandfather to Cassidy and Kaylen. Mark is also survived by numerous cousins, extended family, and friends that he loved dearly. While there is mourning here on Earth, there is a celebration in Heaven, as Mark is reunited with his family and friends. Mark was preceded in death by his parents, Gilbert “Gil” E. Fields and Betty “Bo” J. Fields, as well as his dear friend and cousin, Scott Carter as well as his beloved aunts and uncles. He also was an avid dog lover, beginning with his dog Julio who used to follow him to school as a child; D.J., affectionately named after David (D) and Jenny (J); and finally, his best friend Tazz, who passed away in 2019. Mark was a sweet soul and all of his pets were well aware of this. There will be a small memorial service at 1 pm Tuesday Feb. 9nd 2021 at The Chapel and the Niche located at Weslyan Memorial Gardens on the New Life Church campus at 9690 Shepherds Creek Place, La Plata MD 20646. A short visitation before service starting at 12 noon. Due to Covid restrictions there will also be a live streaming available. Please contact Suzanne at 703.340.5323 by text if have interest in utilizing the live stream. Donations, if so choose, can be sent to the Rotary Foundation of La Plata, MD and can utilize their paypal at https://Paypal.me/laplatarotary. Or you may choose to donate to the Rotary Foundation of Great Falls (Virginia) http://rotarygreatfallsva.org where he lived for the last 20 years, prior to his final resting place in southern Maryland. Condolences may also be made at www.raymondfuneralservice.com where there is a website in Mark’s honor.

The family of Mark Carter Fields created this Life Tributes page to make it easy to share your memories.

Send flowers to the Fields family.