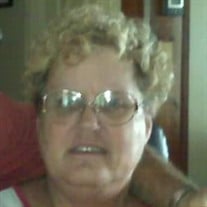 Lillian Elizabeth Wright, 72 of Newburg, Maryland succumbed to her illnesses, at her residence in Newburg, MD, September 29 2021. She was born August 4, 1949, in the District of Columbia. Born to the late Jean and Clarence Jones. Received... View Obituary & Service Information

The family of Lillian Elizabeth Wright created this Life Tributes page to make it easy to share your memories.

Send flowers to the Wright family.