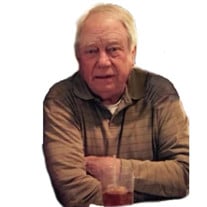 Leslie (Les) Santee, 76, passed away on January 7, 2021. He was born in Morgantown, WV on June 25, 1944 and a long-time resident of Pomfret, MD. Upon completion of four years in the Army, in 1970 he moved to Maryland and became a tower crane operator/mechanic for the International Union of Operating Engineers, Local 77. In 1982, Les and Ron Warner decided it was time to take their careers to the next level; combined their expertise and formed Southern Maryland Hydraulics, Inc. Les was a member of the American Legion and an active member of Waldorf Moose Lodge 1709 for thirty-two years. During his lifetime Les enjoyed time with friends fishing, boating, golfing, shooting pool and working on his 1962 Chevrolet Impala. Above all, he cherished his family; was a dedicated husband, father, grandfather and great grandfather. He was predeceased by his daughter Jill Santee, mother Dorothy Santee, sister Joyce Povish and sister-in-law Maureen Wolfe. Les leaves behind to cherish his memory and deeply grieve his loss, his wife of 54 years, Pat, daughter & son-in-law, Julie Santee & James Vannoy, granddaughters Nicole Hudson, Kylie Muldoon and Tara Vannoy, great grandchildren Bailey Nicole and Gavin James. Also, his brother David (Rachelle White) Santee, brothers-in-law John (Christine) Lau, Robert (Kathryn) Lau, & Bill Povish, sister-in-law Mary Kay Lukevics, nieces, nephews, countless friends and business associates. Rest in peace Les, you have made an impact on many lives and will never be forgotten. Viewing will be held at the Accokeek Fire Department on Monday, January 18th from Noon-4pm. The funeral service will take place at St. Joseph’s Church in Pomfret on Tuesday, January 19th at 11:00am. Friends and family can visit from 10am – 11 am. Burial will follow at St. Joseph’s Catholic Church cemetery, Pomfret. Memorial contributions may be sent to St. Joseph's Catholic Church, 4590 St. Joseph Way, Pomfret, MD 20675 or Charles County Children's Aid Society, 3000 Huntington Circle, Waldorf, MD 20602.

Leslie (Les) Santee, 76, passed away on January 7, 2021. He was born in Morgantown, WV on June 25, 1944 and a long-time resident of Pomfret, MD. Upon completion of four years in the Army, in 1970 he moved to Maryland and became a tower... View Obituary & Service Information

The family of Leslie Wayne Santee created this Life Tributes page to make it easy to share your memories.

Send flowers to the Santee family.