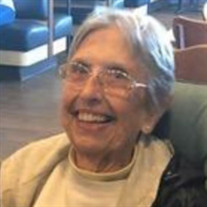 Judith Ann “Judy” Kragh Ewing, of Bryans Road, MD died on April 20, 2021 at Georgetown University Hospital in Washington, DC. She was 79 years old. She enjoyed knitting, collecting cookbooks and word search games, driving the school bus, and raising her grandchildren. After graduating from Strayer College, Judy worked as a medical secretary at the Washington Hospital Center for Dr. Nicholas Smith for 9 years. Once married, she moved to Richmond, where she drove a tractor trailer. When her children Jeremy and Jennifer joined her life, she stayed home and started driving a school bus for Chesterfield County. She returned to the DC area in 1988 to work as a contractor for the Naval Station in Indian Head, MD. In 2000, Judy became the main caregiver of her late cousin, Eric Kragh, until his death. In October of 2005, Judy began driving a school bus again for Charles County until her retirement in 2019. She is the daughter of the late Alvin E. Kragh and the late Helen Edelen Kragh. In addition to her parents, Judy is preceded in death by her brother, Michael Kragh. She is survived by her children, Jeremy and Jennifer Ewing; grandchildren, Kendrick Washington and Kaitlynn, Kalista, and Kendell Ewing; brothers and sisters, Virginia Lee Kragh, Alvin E. Kragh, Jr., Joseph L. Kragh, Helena Pogue and Mary P. Collins; along with numerous nieces, nephews, aunts, uncles and cousins. In lieu of flowers, please make donations to St. Joseph Catholic Church (4590 St. Joseph Way, Pomfret, MD 20675).

The family of Judith Kragh "Judy" Ewing created this Life Tributes page to make it easy to share your memories.

Send flowers to the Ewing family.