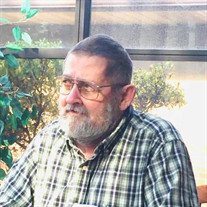 Joseph Allen Pilkerton, 75, of Newburg, MD died on March 1, 2021 at his home surrounded by his family. Joseph was born on October 20, 1945 in La Plata, MD to the late Mary Esther (nee, Grissett) and Joseph Allen Pilkerton. Joseph was a waterman and a carpenter. He grew up in rock Point and enjoyed being on the water fishing, crabbing, and oystering. He loved going crabbing with his brother and showing off by catching the crabs with his hands. He enjoyed spending time with his family and friends and reminiscing about his childhood. He loved researching family history, playing cards and computer games. In addition to his parents, he is preceded in death by two brothers; Richard Lee Pilkerton, and James Richard Pilkerton and sister, Catherine Linda Pilkerton. He is survived by his wife of 54 years, Brenda Ann (nee, Card) Pilkerton, two daughters; Rose Pilkerton, and Terri (nee, Pilkerton) Wedding and her husband Brian, three grandchildren; Anna Rose Ardeeser, Sara Elizabeth Ardeeser and Erik Dillion Wedding, one great-grandchild, Reginald Lamont Chasten, and three brothers; Andy Pilkerton, Gail Pilkerton and his wife Sherry and Larry Pilkerton and his wife Cindy and many nieces and nephews that he loved. Interment will be private.

The family of Joseph Allen Pilkerton created this Life Tributes page to make it easy to share your memories.

Send flowers to the Pilkerton family.