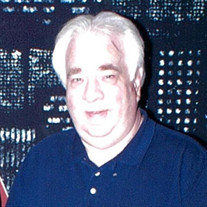 Joseph William Bader “Ghost Rider” Joseph William Bader, 62 of Waldorf, MD, passed away January 18, 2022 at University of MD Charles Regional Medical Center in La Plata, MD. Born July 4, 1959 in Washington, DC. Preceded in death by his mother, Shirley Ann Bader and father, Joseph Marvin Bader, along with his best friend Bob Hall. He is survived by his sisters, Katherine Bader of Waldorf, MD and Donna Blaso of Myrtle Beach, SC. He is the uncle and God Father of Richard Bader of Waldorf, MD and Ashley Bader Davis of Myrtle Beach, SC and great uncle to Jalyn Rose Davis of Myrtle Beach, SC. Joe had a passion for life. He was employed at Giant Food, Inc. for 35 plus years as a special detective. He also worked part-time with the Metropolitan Police Department. Joe enjoyed being a member of the American Legion Post 82. He was also a member of the Nations Warriors of Washington, DC. His passions were playing his drums and guitar, his Harley Davidson and his beloved dog, Duke. Service will be held February 11, 2022 at 9:30am at Raymond Funeral Home in La Plata, MD. The American Legion Post 82 will be having a Lowering Of The Flag Ceremony at Raymond Funeral Home. They will be escorting us to Resurrection Cemetery for another Lowering Of The Flag Ceremony at the gravesite with prayers. Following the burial, there will be a celebration of life at the American Legion Post 82 La Plata, MD.

The family of Joseph William Bader created this Life Tributes page to make it easy to share your memories.

Send flowers to the Bader family.