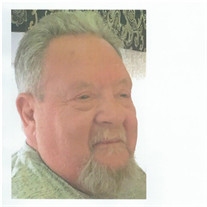 James Robert “Jim” Crowley, 81, of Port Tobacco, Maryland, passed away on Thursday, May 13, 2021 at the Charles County Hospice House in Waldorf. Born on February 15, 1940 in Elma, New York, he was the son of the late John Crowley and Dorothea Crowley. Jim served in the U. S. Army as a cook before being Honorably Discharged. He later worked as a Press Man for the Washington Star newspaper for many years. Jim loved to play poker, collect antiques and coins, searching for relics and arrowheads, riding his motorcycle, assisting with service organizations such as the DAV, Police, Fire and Rescue. Jim was a proud and patriotic American. In addition to his parents, he was preceded in death by his stepson Mark Swick, son-in-law Timothy Richards and grandson Guy Kevin “Homer” Hayes. Jim is survived by his wife of 37 years, Rose Crowley; his children Bonnie Woods Smith (Donnie), Theresa “Terry” Crowley (Ray), Constance “Connie” Painter (Jason) and Stepchildren, Christine Yaremchuk (John), Lori Richards, Craig Swick (Valerie), Danny Swick (Lisa), Matthew Swick and daughter-in-law Laura Swick. He has 14 grandchildren, 22 great grandchildren and 1 great-great grandson. He is also survived by siblings; John “Jack” Crowley and Marie Newman along with numerous nieces, nephews, other relatives and friends. A Memorial service will be held at 11 am on June 5, 2021 at Open Gate Ministries, 4028 Old Washington Road, Waldorf, MD 20602. Interment will be private. In lieu of flowers, memorial contributions may be made to Hospice of Charles County, 2505 Davis Road, Waldorf, Maryland 20603. Condolences can be made on Jim’s Tribute Wall.

The family of James Robert Crowley created this Life Tributes page to make it easy to share your memories.

Send flowers to the Crowley family.