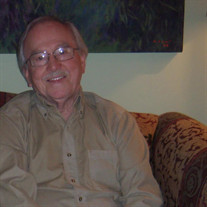 Obituary for James Raymond Bennett, Sr. Born April 24, 1929 – Passed October 2, 2020 Ray was born in Spotsylvania, Va. on April 24, 1929 to his beloved mother, Annie Irene (Covington) Bennett and father Hershel Bennett. The third of 5 children, he was raised in and around Fredericksburg, Va. Older brothers were Edward and Freeman Bennett, (both deceased). His younger sister was Arlene Bennett Reeve, (deceased) His youngest brother, Hershel Bennett still resides in Fredericksburg. The family was raised at the time of the Great Depression in America and it was hard times for Annie and her 5 children. She was a wonderful mother and all the children remained devoted to her throughout her long life. She passed in 1979. Ray met and married Rose Marie Ciccarelli and they moved to the Washington, DC area in the early 50s. They had two sons and were eventually divorced in 1974. February 5, 1952 Ray was inducted into the U.S. Army and served for two years during the Korean War era. He was with the 947th Medical CLR. Co. and was stationed in Austria near Zelem Zee. He served with honor until January 20, 1954. He always talked happily of his military days and often wished he had stayed in the Army. When he returned home from his Army years, Ray resumed learning the ceramic tile trade, a trade that served him well until his retirement in 1991. He formed several companies throughout his work life career ending with Bennett Ceramic Tile, Inc. He was fond of pointing out all the houses in the DC, MD, VA area that had tilework done by his company and crews. You could truthfully say that he began a second life in 1966 when after many years of problem drinking he found recovery from alcoholism in Alcoholics Anonymous. He was a sober member of Alcoholics Anonymous and was sober over 53 years when he passed. Over those many years, he helped many men find sobriety and a sober way of life and was an inspiration to many men and women. He was a gifted speaker and shared at many meetings and conventions all over the area and the United States. He was happiest though just going to his regular meetings 4 or 5 times a week and quietly sharing his message of hope with any new man that he saw. He believed strongly that God had saved him and that it was his purpose in life to help others in any way that he could. I (Linda) met Ray in 1975 and in 1977 we began dating, eventually becoming engaged and we were married on January 26th, 1980. I am writing this today, the day after his passing, and I am feeling blessed and grateful for his life and for our life together all these years. He was and is the love of my life and he always said the same about me. Ray was very ill this last year and his memory failed more with each passing day. But he never forgot to tell me numerous times a day that he loved me. He was a profoundly simple and faithful man, loved his God, loved his country, loved his family, his children and grandchildren and loved me. He believed that “God is Love” and that the only message we were given by Jesus was to “Love one another as I have loved you”. He leaves his beloved wife of 40 years, Linda. His sons: James R. Bennett, Jr. (Cheryl) and John F. Bennett. His stepsons, Steven Esser (Robin) and Jeffrey Esser (Junko). His stepdaughter, Jennifer Esser (Alan). His grandchildren: James R. Bennett III (Holly), Amy Bennett, Tiffanie Hastie (Andrew), Katelynn Bennett, John Bennett Jr., Kyle Bennett, Savannah Bennett, Natasha Levine, Ema Esser. His great grandchildren: William, Amelia and Elijah Hastie His surviving brother, Hershel Bennett and many nieces and nephews The family request that in lieu of flowers, Memorial contributions be made to Hospice of Charles County, 2505 Davis Road, Waldorf, MD 20603. At this time all services will be private.

The family of James Raymond Bennett created this Life Tributes page to make it easy to share your memories.

Send flowers to the Bennett family.