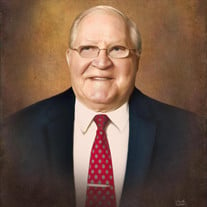 Jack David Brown, age 80 of Pomfret, Maryland, passed away on Saturday, November 6, 2021 at his residence surrounded by family. Jack was born June 16, 1941 in Boone, North Carolina to the late Howard and Pearl Brown. Jack was the sixth child of nine. He was preceded in death by sisters, Mozelle Kobel, Lorene Shrimplin, and Jean Miller; and brothers, James Brown and William Brown. Jack graduated from Appalachian State Teachers College in 1963 with a Bachelor of Science Degree in Social Studies and a Master of Art Degree in Administration in 1964. It was during his college years that he met the love of his life, Connie “Marie” Andrews. They were blessed with 57 plus years of marriage. Jack was employed by the Charles County Board of Education for 30 years. He began his teaching career at Nanjemoy Elementary, Hughesville Elementary, and Bel Alton High School. Early in his career, he also served as President of the Education Association of Charles County. After three years in the classroom, Jack was promoted to Vice Principal at Malcolm Middle School. From there Jack served as Principal at Bel Alton Middle School for seven years before being named Principal at the newly built Benjamin Stoddert Middle School in 1978. His final years of service in education were as County Hearing Officer, Evening High School Principal, and Summer School Principal. He retired in 1994. Having grown up working on his father’s sawmill, Jack chose to pursue college rather than join H. H. Brown and Sons Lumber Business. Ironically, later in life Jack found pleasure in cutting firewood and sawmilling and started a side business called Jack’s Firewood from 1977-1997. Although sons Jack and Chris did not appreciate the afterschool work and the early Saturday morning wake up calls, Jack instilled in them a sound work ethic. In 1973, the Charles County Bicentennial Committee approached Jack and asked that he coordinate the writing of a Charles County history. With the help of eight fellow citizens, the book “Charles County Maryland: A History Bicentennial Edition” was completed in 1976 for our country’s Bicentennial celebration. Jack was an active member of Hughesville Baptist Church for 51 years where he served in various capacities. He was also a member of the Sons of Confederate Veterans, Private Wallace Bowling Camp 1400, La Plata, Maryland. Jack was known for his friendly smile, his generosity to all, and his love for people. Jack was a friend to everyone. He enjoyed his family immensely and cherished their time together. Jack enjoyed singing and was a one-man show with his karaoke machine. He was an avid reader, a life-long Cleveland Indians baseball fan, and he enjoyed playing the board game Sequence. He was known as the “King of Sequence” among his family. He lived by the slogan: “Whatever you do, do your best” and the golden rule: “Do unto others as you would have them do unto you.” (Matthew 7:12) Jack is survived by his wife, Marie; his children, Yolanda Salomon (Jon) of Mount Dora, Florida, Jack Brown of Lenoir, North Carolina, and Christopher Brown (Kelly) of Nanjemoy, Maryland; his grandchildren, Emily Cordon (Carlos), Caitlin Salomon, Harrison Brown, Jackson Brown, Elaina Brown, Layla Brown, and Lane Brown; brother, Bryan Brown (Brenda) of West Lafayette, Ohio; sisters, Kathy Price of Tulsa, Oklahoma and Patricia Boyd of Columbus, Ohio; sister-in-law, Linda Brown of Coshocton, Ohio; and aunt, Peggy Trivett of Boone, North Carolina. He is also survived by cousins and numerous nieces and nephews. Visitation will be on Thursday, November 11, 2021 from 9AM until time of Funeral Service at 11AM at Hughesville Baptist Church, 8505 Old Leonardtown Road, Hughesville, Maryland 20637. Interment will be on Saturday, November 13, 2021 at Jont Brown Cemetery in Boone, North Carolina. In lieu of flowers, memorial contributions may be made to the American Diabetes Association, 2451 Crystal Drive, Suite 900, Arlington, Virginia 22202 or to the Hughesville Baptist Church, 8505 Old Leonardtown Road, Hughesville, Maryland 20637 with the designation “Missions Fund.”

Jack David Brown, age 80 of Pomfret, Maryland, passed away on Saturday, November 6, 2021 at his residence surrounded by family. Jack was born June 16, 1941 in Boone, North Carolina to the late Howard and Pearl Brown. Jack was the sixth child... View Obituary & Service Information

The family of Jack David Brown created this Life Tributes page to make it easy to share your memories.

Jack David Brown, age 80 of Pomfret, Maryland, passed away on...

Send flowers to the Brown family.