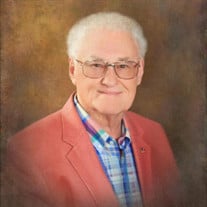 Howard Cecil Deihl, 87, died peacefully on Wednesday, February 9, 2022 at UMD Charles Regional Medical Center, with his daughter at his bedside. He was born June 26, 1934, in Reedville, located in the Northern Neck of Virginia. Cecil, as he was known to family and friends alike, was the youngest of 11 children born to James Silas Deihl and Bessie Ann Dawson. He was extremely proud of his established roots there and returned as often as he could, bringing friends from Southern Maryland to enjoy time on and around the water with his beloved family residing there. Cecil relocated to the Hampton Roads area at an early age (11) to be raised by an older brother and his family when his parents died 5 months apart. He attended Hampton High School where he excelled in baseball and football. Cecil enlisted in the Army where he served as a Diesel Engineer from 1954 to 1957. Stationed overseas in Okinawa, Japan, he played on the armed forces baseball team. His bunkmate and best friend was Harold Jenkins, aka Conway Twitty. Harold and “Howie” remained lifelong friends. He later played semi-pro baseball for the Hampton Royals (pitcher). He was the owner and CEO of National Floral Supply of MD and Deihl Enterprises. Both companies were government contractors with the Army & Air Force Exchange Service (AAFES). Deihl Enterprises was a rental company located on military installations within the DMV. The company also supplied electronic products (refrigerators, televisions, AC units, etc.) to the Washington Redskins during training camp in Carlisle, PA and sponsored the Player of the Week for the postgame show on WMAL radio during the Joe Gibbs championship years. National Floral Supply owned and operated over 75 flower shops located on military bases throughout the continental United States and in Hawaii. Cecil married his beloved wife, Cora on June 26, 1958. They welcomed a daughter, Kathy in 1961 and a son, Ricky in 1963. They raised their family in Hampton and Woodbridge, VA and Wheaton, Upper Marlboro, and Bryantown, MD - finally retiring to Swan Point in 1998. Cecil was an active participant and a corporate sponsor of various charity/fundraiser golf tournaments throughout Southern Maryland. He served on the Board of Directors for Old Line Bank and CSM and election campaigns for Senator Jim Simpson, County Commissioner Bob Mitchell, and Delegate Van Mitchell. Cecil LOVED sports. His home office is a testament to this which includes a Cal Ripken signed baseball and signed footballs from the Redskins Championship teams and East Carolina. He was a Baltimore Orioles season ticket holder (Ripken years) and the Washington Redskins games held at RFK stadium. The Deihl’s were known for their fabulous tailgate parties where friends attended pregame and players postgame. He took up golfing in the 1980’s and on any given Saturday you could find him on the links. He and his wife were members at Hawthorne Country Club prior to taking residence in the Swan Point Community. Two of his most cherished memories were visiting St. Andrews Golf Course in Scotland and playing Pebble Beach in California. He also enjoyed boating. He and his wife were the owners of two different Carver Yachts (Ce-Co I and Ce-Co II). Their weekend trips took them from Delaware to North Carolina. He was proud of his children and his granddaughters, Courtney and Kaitlyn, their careers, and their accomplishments. He enjoyed attending football games at East Carolina University to watch Courtney perform on the dance team and walked the golf course whenever Kaitlyn played in a tournament for La Plata High School. He was the doting “Poppie” attending dance competitions, and recitals, prom photos ops, first communions, and college graduations. He had the honor of walking Courtney down the aisle on her wedding day and the last trip he made was to Denver, CO. to attend Kaitlyn’s wedding. He didn’t need a “brag book” to share with his buddies, he was the brag book! He was especially excited when his lil’ buddy, Titus, was born in 2018. He made certain that HE was the one that taught Titus how to pick and eat a crab! Cecil’s death came quickly but not unexpected. He truly missed his wife after her sudden passing on November 25, 2021 and it was more than his heart could take. However, it is our fervent belief and with assured faith that he has been reunited with her and their son, Ricky, in heaven. He was preceded in death by his parents James and Bessie Ann Deihl, his wife, Cora Garrison Deihl, his son Richard Ellis Deihl, his brothers John, James, Colbert, and Ellis, and his sisters Ella Mae, Gladys, Bessie Ann, Nellie, Leah, and Eunice. He is survived by his daughter Kathleen Burke (Paul) of Swan Point, MD., his grandchildren, Courtney Terrell (Terrence) of Dallas, TX., Kaitlyn Simmons (Lance) of Centennial, CO., his great-grandson, Titus Jett Terrell of Dallas, TX., and his beloved pups, Benji and Margo. Information regarding the date and location of a memorial service will be forthcoming. The family would like to thank the following caregivers: Emily Wheatley (Chesapeake Potomac Home Health), and Andrea and Annephia (Sage Point Home Health Care). The love and support given to Cecil in his final weeks was immeasurable and much appreciated.

Howard Cecil Deihl, 87, died peacefully on Wednesday, February 9, 2022 at UMD Charles Regional Medical Center, with his daughter at his bedside. He was born June 26, 1934, in Reedville, located in the Northern Neck of Virginia. Cecil, as he... View Obituary & Service Information

The family of Howard Cecil Deihl created this Life Tributes page to make it easy to share your memories.

Send flowers to the Deihl family.