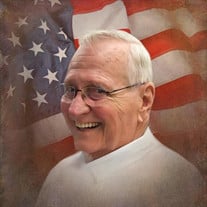 Frederick (Fred) Mower, age 83 years, a resident of La Plata, Maryland, died peacefully with his family by his side on Saturday, May 22, 2021. Raymond Funeral Home provided necessary services. Fred was born September 14, 1937 in Washington, DC, the second child of the late Richard Webb Mower and Mary Elizabeth Hager Mower. Fred attended Anacostia High School where he spent many happy summers playing ball at the Anacostia flats. He joined the United States Marine Corps in 1956 and was honorably discharged in 1959. While in the Marines, he served as part of the USMC detachment on naval ships, including the U.S.S. Boston and the U.S.S. Intrepid (now a museum in NYC). He visited 22 countries during his service. After attending the Washington, DC Metropolitan Police Academy, he served as a DC Police Officer at Precinct No. 10, earning honors and awards, including the Police Officer of the Month. He obtained his Maryland Real Estate Broker’s License and managed St. Charles Realty, Coldwell Banker Real Estate, Prudential Real Estate, and established and managed the Waldorf office of Home Towne Real Estate. Devoting decades of service to the community, Fred was appointed by the Governor to the Great Oaks Advisory Council. He was Chairman of the Board of Public Safety, a member of the Board of Directors of Parks & Recreation, President of the Waldorf Little League, a member of the Board of Trustees of Physicians Memorial Hospital (now the University of Maryland Charles Regional Medical Center), Chairman of the annual Charles County Chamber of Commerce Trade Fair (four years), and a member of the Charles County Board of Appeals for 10 years, serving the last three as Chairman. He was an outstanding athlete and volunteered at Leonard Hall Junior Naval Academy as the basketball coach. One of his favorite pastimes in recent decades was watching the CHASM (Charles and St. Mary’s County) Baseball League. Fred had a beautiful voice and starred in several musical productions of the Port Tobacco Players. He shaved his head for the role of Daddy Warbucks in “Annie,” starred as Beau in “Auntie Mame,” as Bill Sykes in “Oliver,” and Big Julie in “Guys and Dolls.” There is a plaque on the back of a chair at the theater with his name engraved. Fred was known for his laughter, teasing, and affability. He was quite the character, whether playing Pitch with friends or sharing time with his wife’s Ohio family. He was devoted to his sisters-in-law, Nancy A. Johnson, Linda Johnson Dishon, and Beth Johnson Blauser, as well as to his many nieces, nephews, and two cousins. His many friends meant the world to him. Fred mourned the passing of his family members, sister Elizabeth June Mower White, and brother-in-law Ronald R. Johnson and James L. Dishon, as well as the recent passing of great friends, Norman Garrison and Larry R. Holtz. Fred is survived by his loving wife of 60 years, Scarlett Johnson Mower, his son J. Scott Mower (Suzanne), his daughter Tamara Elizabeth Mower, his granddaughter Katelyn Elizabeth Mower Drvar (Dan), his one-year old great-granddaughter, Riley Suzanne Drvar, and his lifetime friends since kindergarten, Steve Clarke and Jim Reesch. His daughter-in-law, Suzanne, gave him loving care and attention. A Celebration of Life will be held on Saturday, September 11, 2021 at Middleton’s Farm on Maryland Route 5 in Waldorf, Maryland from 2-5PM. All who knew and cared for him are invited to attend. In lieu of flowers, those who choose may send donations to Holy Angels School, 10450 Ellerbe Road, Shreveport, LA 71106, where Scarlett and Fred’s daughter, Tammy, is in residence. Holy Angels provides programs for the disabled, mentally and physically challenged and was established by the Sisters of Our Lady of Sorrow.

The family of Frederick "Fred" Richard Mower created this Life Tributes page to make it easy to share your memories.

Send flowers to the Mower family.