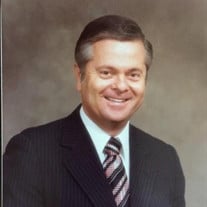 Francis Ridgely Huntt of Bonita Springs, FL, formerly of Waldorf, Maryland, died on February 20, 2021 in Bonita Springs, Florida. He was born (and raised) on November 6, 1933 in Waldorf, Maryland when it was a small farming community to Philip Edward Huntt and Bernadette Catherine Ridgely Huntt. He was also known as “Ridgely” or F. Ridgely Huntt. Ridgely was a respected community leader and philanthropist, devoted Catholic, and beloved husband, father, and brother. He was the founder and CEO of the Huntt Funeral Home in Waldorf, Maryland which he built into a highly respected and successful service business until he sold it upon retirement in 1999. He was baptized at St. Peter’s Catholic Church where he remained a life-long member and volunteer. Among his many contributions to the parish, he served as an altar boy for five years and was deeply involved in parish life serving on the first parish council, was the first lay reader, and contributed his time, energy, and resources to numerous parish activities such as church dinners, new church and school construction, and other contributions. He was educated at La Plata High School, the University of Maryland-College Park, and Ekels College of Mortuary Science in Philadelphia. He also served in the U.S. Army from 1955-57 where he was stationed at a Nike Missile Battalion in New Haven, Connecticut and was honorably discharged. He was a life member of the Waldorf Volunteer Fire Department and Rescue Squad and volunteered as a fire fighter and ambulance driver in his younger years. The Huntt Funeral Home ambulance was the only vehicle of its type in the early days. He donated the first uniforms to the rescue squad. He was an active member of the Charles County Chamber of Commerce and also served on the Committee of 100 Economic Development for Charles County, the Chamber’s board of directors in 1960, was chairman of the map committee, and served on the Southern Maryland Regional Advisory Committee. He served on the advisory board for Annapolis Federal Savings, the advisory committee for Friends of Waldorf School to preserve this local landmark, and was a board member of Physician’s Memorial Hospital Foundation. He was a member/contributor of the Southern Maryland Society, Special Olympics/Maryland, and National Hospice Foundation (he sponsored Festival of Lights every year for many years for Charles County). He was a life member of the Academy of Professional Funeral Service, Maryland State Funeral Directors Association, National Funeral Directors Association, Academy of Professional Funeral Service Practice, Order of the Golden Rule, Waldorf Lions Club (Treasurer in 1971-72; awarded Melvin Jones Fellowship by Lions International Foundation in 1995), Knights of Columbus - Dr. John H. Griffin 3rd Degree and St. Thomas Manor General Assembly 4th Degree. Survived by wife Joan Helen Farrall Huntt, daughter Karen Marie Huntt Mason, sister Elizabeth Huntt Walker, and two grandsons. Funeral services will be private.

The family of Francis Ridgely Huntt created this Life Tributes page to make it easy to share your memories.

Send flowers to the Huntt family.