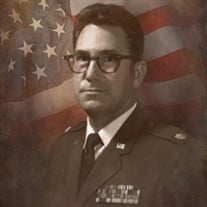 Not sure what to send?

Ernest Leopold Irish May 8, 1929 – March 15, 2022 Ernest Leopold “Ernie” Irish, 92, passed away peacefully at his home in LaPlata, MD on Tuesday, March 15. He was born in Standish, Maine on May 8, 1929 to Ernest A. and Leona M. Paquette Irish. He is predeceased by his two older brothers, Calvin and Eugene and a younger sister, Esther, all of Standish, ME. Ernie graduated from Standish High School in May of 1947 and enlisted in the United States Air Force into the Institute of Technology program. He graduated from the University of Colorado with a Bachelor of Science degree in Electrical Engineering in 1964. Ernie’s first marriage was to Audry L. Sease of Bellingham, WA from March 2, 1951 to June 15, 1972. He is survived by two sons: Michael A. and Roberta Irish of Ocean City, MD and Ernest E. and Myoung-ja Irish of Walnut Creek CA, and is predeceased by daughter Patti L. Rolfe. Also surviving him are five grandchildren. Ernie’s second marriage was to Margaret “Peggy” Jones Lawrence of Washington Daviess, IN from August 21, 1973 until her death on December 28, 2001. He survived by four stepsons: Blake and Mary Lawrence of Rocky Mount, NC, Warren and Barbara Lawrence of Fredericksburg, VA, Paul and Anne Lawrence of Alexandria, VA and Dana and Lucy Lawrence of Ashland, VA. Also surviving him are sixteen grandchildren and twenty-three great grandchildren. Ernie’s third marriage was to Madelyn P. Griffith of White Plains, MD from April 26, 2003 until her death on January 23, 2018. Madelyn had two children by a previous marriage: John Griffith of Bethesda, MD and Sarah Kurtz of Lancaster, PA. In August of 1975, Ernie retired from the U.S. Air Force as a Lieutenant Colonel after serving for twenty-eight years and three months. Following his retirement from the U.S. Air Force, he was employed for nine years at MILCOM Systems Corp supporting the Naval Electronics Systems Command engineering and development of new communications systems. As well as one year at JAYCOR supporting the planning of a new computerized communications system for the U.S. Army Computer Systems Command, and five years at TRACOR providing external communications systems engineering and maintenance support to the Naval Engineering System Engineering Activity’s AEGIS missile cruiser/destroyer program. His interests included hunting, fishing, historical genealogy society, boating, and flying as he had his pilots license. He was a life member of the Solomon’s Island Yacht Club, serving on the board of Directors for several years and was Commodore in 1984. From 1997-2000, he served on the Board of Directors of the St. Mary’s County Chapter of the American Red Cross and two years as Chairman of the Financial Development Committee. He also was a member of the Sons of the American Revolution since 1997, serving in many capacities including the local Chapter President for three years, President of the Maryland Society SAR in 2007, and a National Trustee in 2009. He was also a life member of the Military Officers Association of America, a member of the Mayflower Society as a descendant of Henry Samson, and a member of the Historical and Genealogical Societies of Charles County, MD. In lieu of flowers please donate to the wounded warriors project or an organization of your choice. Ernie will have a visitation followed by a service at Raymond Funeral Chapel on July 12,2022 at 10am, then be buried at Arlington National Cemetery on July 13, 2022 at 2:15pm.

The family of Ernest Leopold Irish created this Life Tributes page to make it easy to share your memories.