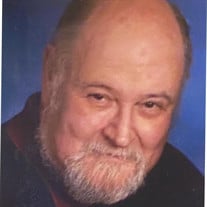 Douglas Rafford Brown, 70, passed away suddenly on Friday, October 7, 2021. He was a graduate of Virginia Military Institute, class of 1973, and he served more than 20 years in the US Air Force. He served on many bases as a member of the Security Police force. On September 11, 2001, he survived the attack on the Pentagon and wore his commentative lapel pin with pride. In February 1984, as Chief of Police of Bergstrom AFB, he supervised the successful resolution of a hostage situation at the base hospital. The hostage-taker surrendered peacefully after seven hours, and no shots were fired. This was the only hostage situation on a continental USAF base. After retiring from the Air Force in 1993, Doug made the transition to civilian contractor and continued his work in security with an emphasis on computer security. He continued working in this field until his death. Doug was descended from the first settlers of New Haven, Connecticut. Born on July 12, 1951, he was the first of this Brown family line to be born outside the state of Connecticut. He was born in Wilmington, DE to William “Bill” Morris Brown, Jr., and Vera Janette “Jean” Brown. Doug was fond of camping and working with the Boy Scouts. As the father of 3 Eagle Scouts, he helped many boys discover the joys of camping and the outdoors. He was also renowned for his abilities in cooking over an open campfire, especially using cast iron skillets and Dutch ovens. He is survived by his wife of 40 years, Melinda Sutton Brown of Waldorf, MD; his sister, Patricia (Tom) Bailey of Wilmington, DE; and two nieces, Amanda (Bill) Delcampo, Wilmington, DE and Jennifer Bailey of Philadelphia, PA. Doug was most proud of his three sons, who all survive him: Stewart Christopher (Eileen) Brown, currently of Toronto, Canada; Trevor Franklin (Lizzie) Brown of Herndon, VA; and Kirby William (Emily) Brown of Salisbury, MD. He is also survived by two adorable grandsons, Isaac William, aged three, and Peter Wade, six weeks old. Doug’s mother, father, and grandfather were all certified genealogists. Having three sons and two grandsons to continue his family line was very important to this family. A memorial service will be held later in the fall when all family members are able to attend (due to COVID restrictions). A private burial will held at Arlington National Cemetery when possible. Donations may be made to the Memorial Fund, St. Paul’s Episcopal Church, Piney Parish, Waldorf, MD 20602.

Douglas Rafford Brown, 70, passed away suddenly on Friday, October 7, 2021. He was a graduate of Virginia Military Institute, class of 1973, and he served more than 20 years in the US Air Force. He served on many bases as a member of the... View Obituary & Service Information

The family of Douglas Rafford Brown created this Life Tributes page to make it easy to share your memories.

Send flowers to the Brown family.