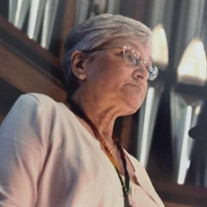 Cynthia “Cindy” Gladrow Gordon, beloved wife, mother, grandmother, sister, aunt, cousin, and friend, was born in New Orleans, Louisiana on 8/15/50 to Elroy and Elizabeth Gladrow. She attended Texas Christian Women’s University, Louisiana State University, and graduated with a Bachelor of Science degree in 1975. She was employed at the Exxon Refinery in Baton Rouge, Louisiana and Exxon facilities in New Jersey as a pilot plant operator and bench chemist. She was later employed by Union Camp Corporation, Chemetal U.S., and BASF Corporation in NJ as chemical and radiation laboratory supervisor, OSHA rules administrator, and in research and development. Cindy had many interests that included active volunteer for the American Red Cross as first aid instructor, EMT, lifesaving (swimming) instructor, emergency shelter supervisor, and first aid station supervisor at Tiger Stadium in Baton Rouge for her beloved LSU Tiger Football team (Geaux Cindy)! Presented with the American Red Cross Award for Humanity for voluntary First Aid and Life Saving Service. Volunteer for Hospice of Monroe Township, New Jersey. During a sabbatical she taught science for West Windsor- Plainsboro Public Schools in New Jersey. Member of the Smithsonian Institution for improving the teaching of science in public schools, and technical reviewer for The Technology of Paper, published by the National Academy of Sciences in 1997. Winner of the Radiation Safety Officer of the Year in 2017 by Acquisition International. Notary Public for Monroe Township, New Jersey. Lay Pastor for Princeton United Methodist Church of Princeton, New Jersey and the LaPlata United Methodist Church of LaPlata, Maryland. Survived by her husband of 47 years, Richard L. Gordon, daughter Heather Gordon Freitag and her husband Jerry, son Rory C. Gordon and his wife Emily, granddaughter Hannah Freitag and grandson Remy Gordon, sister Marsha Daniel and her husband Eddie, niece Allison and nephews Austin and Tyler, a lifetime special childhood friend Cheryl Beauford, special cousin Becky Gladrow, beloved sister in law Luanne Lebwohl and her husband Michael, nephews Jason and Robert, many grand nieces and nephews, and very special friends. Cindy was a strong and loving person, fiercely loyal to family, friends, and her Christian beliefs. She firmly believed that all of us are capable of treating all others with respect, dignity, and empathy, despite encountering numerous examples – all her adult life – of cruel, immoral, and selfish people who act and hurt with impunity. Yet despite this, she still expected basic decency from all people at all times. “Charm is deceptive and beauty fleeting, but a woman who fears the Lord is to be praised. Let her share in the results of her works; let her deeds praise her in the city gates.” (Proverbs 31: 30, 31.) A public memorial service will be held on October 10th at 2pm at the LaPlata United Methodist Church, 3 Port Tobacco Rd, LaPlata MD, 20646. Phone: 301-934-2288. The service will be made available via Zoom for those who cannot attend in person. Please contact the church for details. In lieu of flowers the family asks that you make a charitable donation to one of the following Charities: 1.) National Ovarian Cancer Coalition at www.ovarian.org 2.) A Community That Shares (ACTS) at 21808 Colton Point Rd., Avenue MD 20609. (301) 769-4199 3.) Wings of the Morning at: https://www.westohioumc.org/confrence/wings-morning-0

The family of Cynthia Gladrow Gordon created this Life Tributes page to make it easy to share your memories.

Send flowers to the Gordon family.