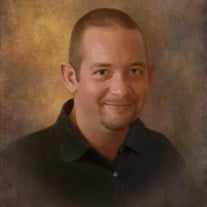 Christopher “Chris” Sean Jameson, age 30, passed away unexpectedly on November 11, 2020. Chris was born on December 28, 1989 to parents, Timothy Jameson and Shirley Sapp of Hughesville, Maryland and spent most of his early years on the family farm in Hughesville. He was a class of 2007 graduate of La Plata High School in La Plata, Maryland where he also played varsity baseball. Chris enjoyed baseball and began playing tee ball at a very young age. He continued playing baseball throughout his teen years including travel baseball with the Hughesville Yankees where he built lasting friendships with his teammates and coaches. After his playing days had ended, Chris even spent a year coaching a team with his father who had been his coach for so many years. When Chris wasn’t playing baseball, he was watching the Green Bay Packers, his favorite football team, hunting with his grandfather, or riding four wheelers with his cousins. He later followed into his dad’s hobby and passion for fireworks which became his hobby and enjoyment as well. His new-found love of setting up and shooting firework shows took him all over the country and brought him a close-knit group of friends he could call his second family. He has true friends found all over the country from Montana, Missouri, Illinois, Pennsylvania, Virginia, Maryland, and others. This hobby eventually turned into a professional fireworks display company for which Chris helped build from the ground up. Chris relocated from Maryland to Nebraska in 2015 and followed his long-time dream of becoming a professional truck driver. He succeeded in earning his Class A CDL along with many endorsements and secured employment with an agriculture co-op based in Ainsworth, Nebraska. During his time in Nebraska, Chris met his fiancé, Tara, and together welcomed their daughter, Lilliana Jo, into the world in 2018. Chris is survived by his daughter, Lilliana Jameson; his fiancé, Tara Gaskins; his mother, Shirley Sapp; his father, Timothy Jameson (Toni); his sisters, Kimberly Jameson and Candi Jameson; his paternal grandparents, James Archie Jameson, III and Mary Patricia Clements Jameson; his niece, Carmela Jameson; his uncles, Craig Jameson, Mark Jameson (Jennifer), and Rodney Sapp (Tammy); his aunt, Heather Vermillion; and many cousins. Chris is preceded in death by his son, Emmett Wilkins; his maternal grandparents, Raymond ad Carolyn Sapp; and his aunt, Sara Sapp. Visitation on Tuesday, November 24, 2020 from 10AM until time of Funeral Service at 11:30AM at St. Mary’s Bryantown Catholic Church, 13715 Notre Dame Place, Bryantown, Maryland 20617. Interment to follow in the church cemetery. Face masks are required for all services and social distancing is to be observed with limited attendance.

Christopher &#8220;Chris&#8221; Sean Jameson, age 30, passed away unexpectedly on November 11, 2020. Chris was born on December 28, 1989 to parents, Timothy Jameson and Shirley Sapp of Hughesville, Maryland and spent most of his early years... View Obituary & Service Information

The family of Christopher Sean Jameson created this Life Tributes page to make it easy to share your memories.

Send flowers to the Jameson family.