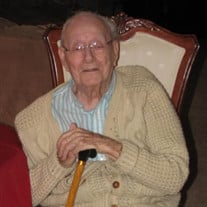 Chester Alton Stevenson, 91, formerly of Waldorf, MD died on April 7, 2022 at Autumn Lake Healthcare at Bradford Oaks, Clinton, MD. Chester was born on August 1, 1930 in Washington, DC to the late Pearl Thomas and Robert C. Stevenson. Chester graduated from Surrattsville High School in 1948. After high school he worked as a route salesman for The Sunshine Biscuit Company for a number of years prior to beginning his career with The Hecht Company, eventually ascending to the position of Regional Display Manager which had him oversee all displays from Washington, D.C. to New York City including the then popular window displays. In 1970, he became an agent for the Nationwide Insurance Company establishing his own agency in La Plata, MD. Until his retirement in 1995. In addition to his parents, he is preceded in death by 5 siblings; Robert C. Jr, Marion L, John C., William “Richard” and Harriett A., 2 stepbrothers; William R. Wood and Alton E. Wood and a stepson; Thomas M. Reihm, IV. He is survived by his children; David E. Stevenson (Marianne), Gerald W. Stevenson, and Gregory “Scott” Stevenson (Victoria), Step-Children; John Robert “Robby” Reihm, and Terrie Sue Hill (Ronald), three grandchildren; Alison, Jessica and Loren and one sister Elizabeth “Bette” Moore. Friends will be received on Wednesday, April 27, 2022, from 11:00 AM until time of service at 1:00 PM at Raymond Funeral Service, 5635 Washington Avenue, La Plata, MD 20646. Entombment will follow at Trinity Memorial Gardens, Waldorf, MD. In lieu of flowers memorial contributions in Chester’s name are asked to be made to The Salvation Army, www.salvationarmy.org.

The family of Chester Alton Stevenson created this Life Tributes page to make it easy to share your memories.

Send flowers to the Stevenson family.