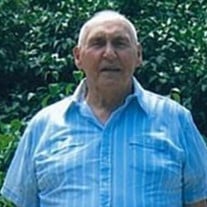 Charles Henry Francis, age 93 of Waldorf, Maryland, died October 25, 2020 at Restore Health Rehabilitation Center in White Plains, Maryland. Charles was the son of James Melvin Francis and Ola Torian. From 1915 to his retirement in 1955, James was one of the three “Watchman Engineer” at Saint Elizabeth’s Hospital, responsible for round-the-clock monitoring of the hospital complex’s water pressure system of well pumps and storage tanks. Early in his career, James had a “commuter marriage.” He rented a small apartment in Congress Heights, Washington, DC working at the hospital during the week and commuting back to his Scottsburg home where his family resided. In 1930, James moved his family to Maryland and in 1931, purchased a small farm in Oxon Hill directly adjacent to what is now Birchwood City Park, Oxon Hill, Maryland. It is there where Charles, the youngest of the James and Ola’s 10 children, grew up. Charles attended Prince George’s County Public Schools: Oxon Hill Elementary (1st-5th) and Oxon Hill High School Annex (6th-11th). At 14 years old, he started working as grocery clerk for “The Great A & P Tea Company” (in their Southwest Washington, DC store) on the weekends - a job his Dad got for him. At 16 years old, and after completing the 11th grade, he left school to work full time in the store’s produce department until beginning a career in Federal service. His Mom was not at all pleased with his decision to leave school for his full-time job at A&P and frequently chided him saying he wouldn’t amount to anything. Charles didn’t care because for the first time in life he had money in his pocket. He, too, was able to avail himself of special deals on produce for his family. For example, on one occasion, he recalls his opportunity to purchase carrots without tops – otherwise “unsaleable” – which his mom canned and the family ate for many months thereafter. In the war years, he was able to purchase sugar – a rationed item – for his family. On February 4, 1946, Charles began his Federal career as Forensic Psychiatric Technician in St. Elizabeth’s Hospital’s Division of Medical Services, Department of Health and Human Services. He retired from Federal service on April 1, 1980. At the end of 1950, Charles was drafted into the U.S. Army and served in the active duty Army from January 2, 1951 to December 23, 1952 and in the Army Reserves until receiving an honorable discharge on August 21, 1956. During his active duty career, he was assigned to the U.S. Army Medical Corps on Camp (now Fort) Pickett, Blackstone, Virginia where he worked in the Psychiatric Ward of the Camp Pickett Hospital caring for troubled soldiers returning from the Korean War. In November 1951, Charles was reassigned to the U.S. Army Quartermaster Corps HQs Baumholder, Germany where served as a warehouse person. Shortly thereafter in March 1952, he was reassigned to work in the Psychiatric Ward of the U.S. Army Medical Corps’ 98th General Hospital, Munich, Germany until separating from active duty and transitioning to the Army Reserves. On May 26 or 30, 1961, Charles married Josephine Mary Crupi, his wife of 42 years until her death on February 3, 2005. Charles and Josephine met a Red Cross-sponsored dance in early fall of 1956 and started dating soon. Charles and Josephine were married in Washington, DC and shortly thereafter moved to an apartment in Congress Heights. In later years, they lived in Oxon Hill before moving to Waldorf, Maryland. Charles was a member of the First Baptist Church of St Charles and Charles Regional Medical Center Auxiliary. Since joining the Auxiliary in 1997, he worked as a Coffee Cart Volunteer pushing the cart throughout the hospital, floor to floor, offering coffee and juice drinks to staff and visitors. During his tenure with the Auxiliary, Charles volunteered a total of 5,268 hours many of those alongside his wife, Josephine. He enjoyed telling jokes, stories, and tending his vegetable and flower gardens. Charles, preceded in death by his parents and all nine siblings, is survived by numerous, cousins, nieces, and nephews in Connecticut, Florida, Pennsylvania, Tennessee, and Wisconsin. Visitation on Thursday, November 5, 2020 from 10AM until time of Funeral Service at 11AM at The Church at St. Charles (formerly The First Baptist Church of St. Charles), 136 Stoddert Avenue, Waldorf, Maryland 20602. Interment to follow at Ft. Lincoln Cemetery, 3401 Bladensburg Road, Brentwood, Maryland 20722. Face masks are required for all services and social distancing is to be observed with limited attendance.

The family of Charles Henry Francis created this Life Tributes page to make it easy to share your memories.

Send flowers to the Francis family.